Jagame Thandhiram “Suruli” (Dhanush) is a reckless, gangster from Madurai who happens to get recruited by a London-based politically-affluent gang leader ‘Peter’ (James Cosmo) and his men to understand and break into the illegal underworld operations of the ‘Sivadoss’ (Joseph ‘Joju’ George) and his gang which is rising in power, taking control of the illegal weapons and gold business of London. Jagame Thandhiram The fundamental theme of “Suruli” is about a fight for what you can truly call home seen from the perspectives of three different characters. 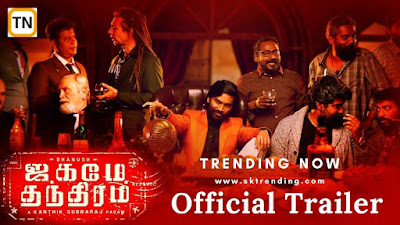