Review: ‘No Time to Die’ is a thrilling, if imperfect, conclusion to Daniel Craig’s James Bond career.

James Bond films are known for their weapons and gadgets, as well as drinks and cocky characters.

However, Daniel Craig’s latest flicks have given the man with the permission to murder a heart and intellect to match. While the actor’s final performance in “No Time to Die” has flaws, the newest action adventure appropriately caps off an evolving phase in the British superspy’s cinematic career.

Cary Joji Fukunaga (the first American to direct a Bond film) completes the five-movie mini-saga that began with 2006’s “Casino Royale,” going where no one has gone before in the franchise’s illustrious 25-film history – and it’s not just handing someone else the 007 handle.

Craig’s secret agent grapples with mortality in “No Time to Die” (PG-13; in theatres Friday), where he finds himself on the opposite side of Her Majesty’s secret service amid the familiar elements fans adore: death-defying situations, ridiculously cool cars, globetrotting scenery, and, of course, a random European supervillain threatening the globe.
Bond and his main squeeze, Austrian psychologist Madeleine Swann (Léa Seydoux), are speeding about in an Aston Martin D85 in the new film, which takes up where the last – 2015’s underwhelming “Spectre” – left off. On a romantic trip in Italy, 007 visits the grave of a long-dead love, and a bomb goes off. 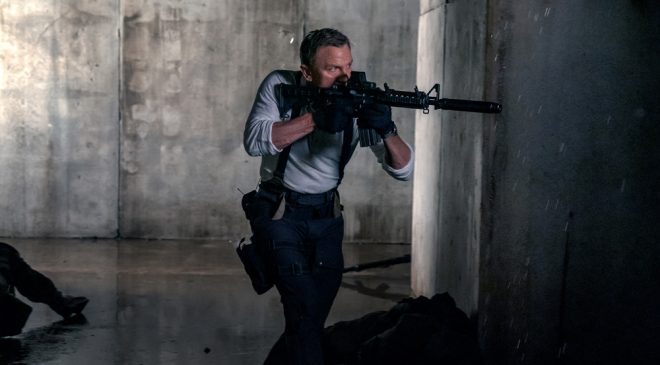 Craig’s secret agent faces mortality in “No Time to Die” (PG-13; in theatres Friday), where he reveals himself on the opposite side of Her Majesty’s intelligence services amid the familiar characters fans love: death-defying situations, wicked awesome cars, globetrotting scenery, and, of course, a strange European supervillain threatening the globe.

The new film picks off where the previous, 2015’s disappointing “Spectre,” left off, with Bond and his primary crush, Austrian psychologist Madeleine Swann (Léa Seydoux), racing around in an Aston Martin D85. A bomb goes off when 007 is on a romantic trip to Italy, where he visits the grave of a long-dead love.

“No Time to Die” is the longest Bond film to date, clocking in at 2 hours and 43 minutes, and you can feel it in the emotionally gratifying conclusion, which seems to go on forever. At the very least, the first half of the film flies by, featuring some of the greatest scenes in the movie: A classic Bond car chase occurs early on, and a spectacular Havana sequence brings Bond together with rookie CIA operative Paloma. She’s a breath of fresh franchise air, side-kicking men while wearing a high-slit dress, and she’s played by a lovely Ana de Armas, who maintains her wonderful “Knives Out” chemistry with Craig. 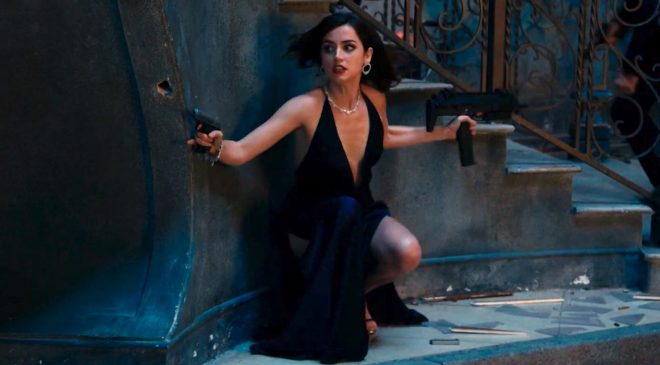 Lynch’s character doesn’t quite live up to her potential: Nomi starts out as a swaggering, entertaining presence, but by the end, she’s almost non-existent. And Malek’s Safin, a weirdly accented megalomaniac with little bite, can’t compete with 007’s long list of supervillains. Dali Benssalah’s one-eyed Primo, on the other hand, is a fun henchman in the Oddjob and Jaws tradition.

While “No Time to Die” travels to some dark areas, it has a brightness to it that is a welcome departure in the Bond landscape, and we can probably credit co-writer Phoebe Waller-Bridge (“Killing Eve,” “Fleabag”) for that. The banter is never as ridiculous as it was in the Roger Moore era (althoughthe over-the-top plot is another story). With a lab joke about “weaponized smallpox” and an enemy declaring, “I was a huge admirer of his!” after attempting to blow up Bond, there’s some unexpected, invigorating levity. 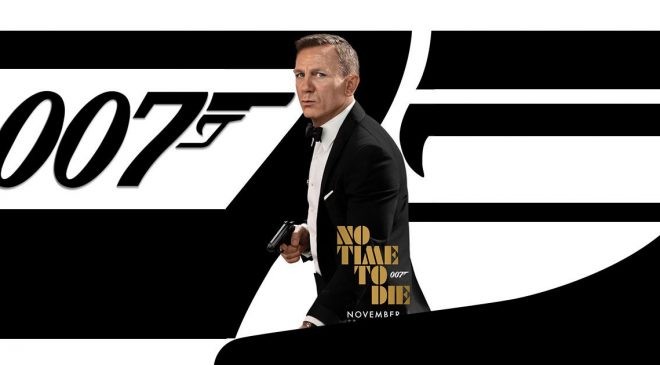 “No Time to Die” never quite hits the heights of “Skyfall” or “Casino Royale,” but it’s a far cry from Craig’s career low point. (Excuse me, “Quantum of Solace.”) But the English actor’s final performance as 007 is one of his greatest, bringing seriousness, comedy, and, most importantly, soul to the legendary role. In a farewell song that will leave die-hard Bond fans shocked, if not stirred, Craig makes you root for Bond like never before in a swan song that will leave die-hard Bond fans unsettled, if not stirred.